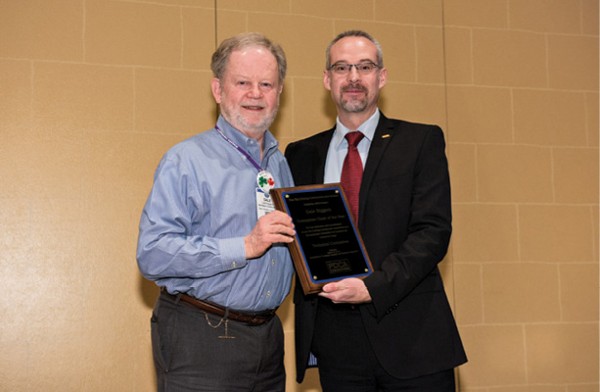 It is often said that collaboration is core to innovation, and that statement stands true throughout the deep foundation construction industry. In support of that notion, the GeoCoalition was formed more than a decade ago after seemingly competitor organizations realized that by working together on certain initiatives, conflicts and duplication of effort by volunteers could be avoided.  One of the GeoCoalition's most important initiatives focused on Chapter 18 of the International Building Code (IBC). In 2012, members of the GeoCoalition began to review IBC 1810, which outlines the manner in which deep foundations are to be analyzed, designed, detailed and installed. The GeoCoalition determined that due to advancements in construction materials, equipment and methods, Section 1810 of the IBC needed to be updated and modernized to be more consistent with actual industry state-of-practice and formed a committee to propose updates to the International Code Council (ICC).  The 1810 GeoCoalition Code Committee is comprised of 37 members those 37 participants represent PDCA's Technical Committee; DFI's Codes and Standards Committee, Augercast Committee and Helical Committee; and ADSC's Drilled Shaft Committee and Micropile Committee. Dale Biggers a vice president of Boh Bros. Construction Co. in Louisiana and chair of the PDCA Technical Committee chairs the 1810 GeoCoalition Code Committee. The committee quickly realized that updating the IBC, however, is no simple task. "You can only propose changes every three years," said Biggers. "We've worked on this for seven years, and it isn't over yet." While work began in 2012 to identify changes the committee wanted to propose to the ICC, the group first formally submitted a proposal in 2016. "We had all these wonderful changes and we were run over by a steamroller," said Biggers. "We thought we would pass everything [in 2016], and we only passed six minor changes. That was a deflation." The 1810 GeoCoalition Code Committee's changes were not rejected on merit but on writing structure. The group believed that their changes were helpful in that they shifted responsibility from the building official to the registered design professional, but the building officials wanted to have the final say. "The ICC has a certain style of how they want to write things," said Biggers. "There is a very strict structure for the wording of changes the building code officials are used to the code being written their way. And that's what we learned." Since 2016, the committee has worked diligently to revise sections of IBC 1810 in a manner that the ICC will accept. "It took us a long time," said Biggers. "We submitted [our proposal] in January, and we were still making changes the day before we presented them [in May]." Representing the 1810 GeoCoalition Code Committee, Biggers flew to Albuquerque in May with Lori Simpson of Langan Engineering and Dan Stevenson of Berkel & Company to present the changes the committee was proposing for IBC 1810. They outlined the suggestions in front of a group of 14 people, building code officials familiar with construction, plus geotechnical and structural engineers. One area on which the 1810 GeoCoalition Code Committee focused its efforts was increasing the stresses allowable on steel, as industry advancements have made higher yields on steel possible. "The changes will increase the allowable stresses on steel H-piles and pipe piles, as well as the allowable stress on concrete inside a pipe pile, and increased stress on reinforcing steel inside piles," said Biggers. "Sometimes, the load on a pile is limited by the structural strength of the pile and not the soil. So with these IBC changes, engineers will be able to use a higher load on a pile than they could previously." The ICC agreed. "The ICC in Albuquerque passed all 17 of the changes we suggested," said Biggers. "One of the changes passed 13 to 1, but the others passed by a vote of 14 to 0." Having suggested changes pass that initial group of 14 is a major accomplishment, according to Biggers, but the celebration doesn't begin just yet. The next step for the 1810 GeoCoalition Code Committee is to have the changes passed by another ICC committee in the fall a committee not necessarily comprised of engineers.  "There are hundreds and hundreds of changes being proposed [to the IBC] a lot of changes aside from foundations," said Biggers. "Many of the voters at the fall ICC meeting are not really that familiar with foundations that was why it was so important to pass our 17 changes in Albuquerque." Biggers expects that since 14 people more familiar with construction, geotechnical and structural engineering have passed the suggested changes to IBC 1810, the fall ICC committee will view the changes with increased credibility. In the fall, the changes must be approved by a two-thirds margin. "One of the things that helped us is that the ICC in Albuquerque realized we were trying to make the code and the world better by bringing in experts from all areas of practice," he said. "A lot of people make proposals to the ICC to give their product an advantage over other products. The ICC reviewed and discovered the 1810 GeoCoalition was there honestly. I think this new-found trust is building a bond to make the code even stronger."
Pile Driving Contractors Association Pile Driving Contractors Association