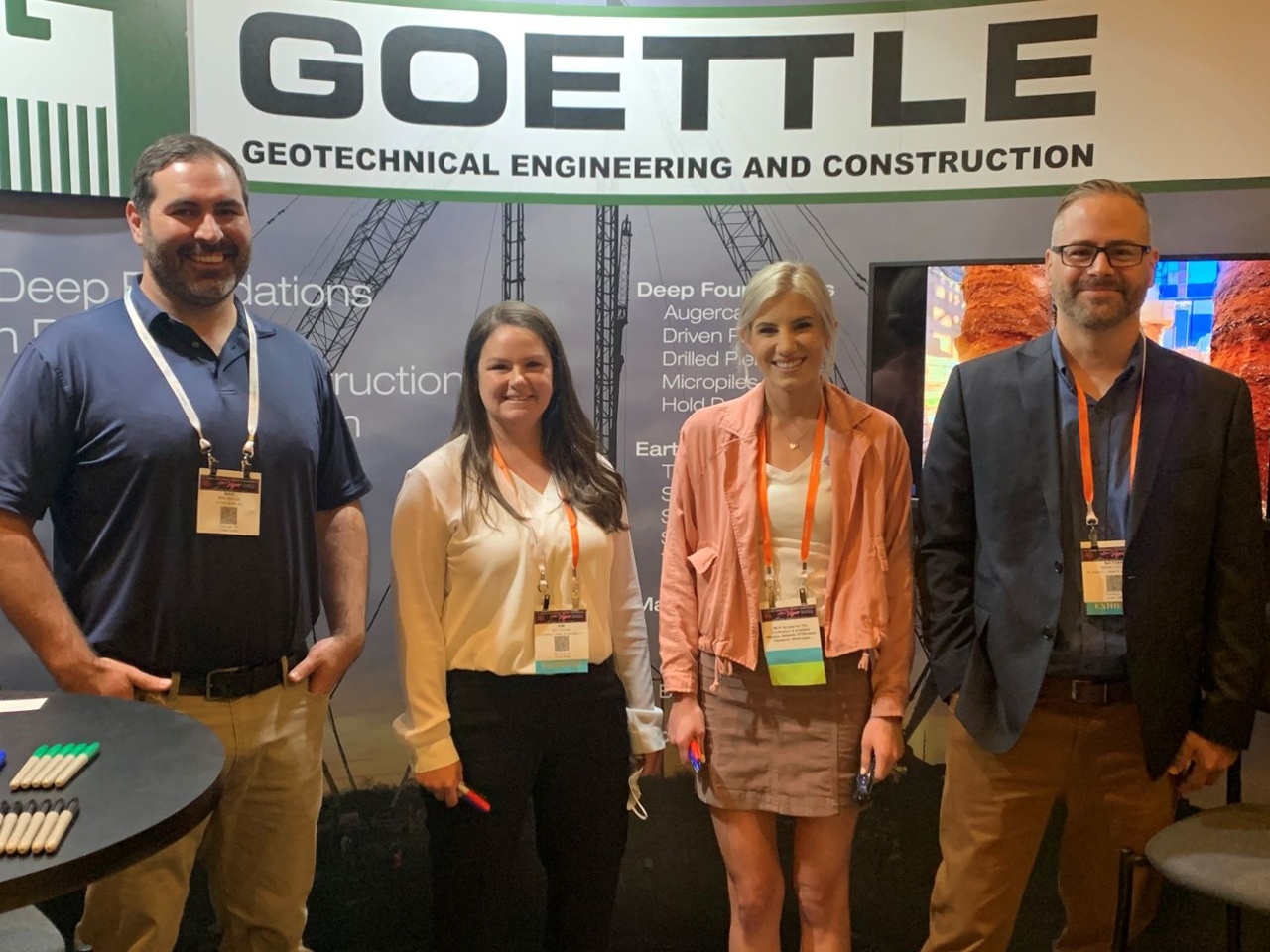 As a Cooperating Organization, PDCA lent its support to the Deep Foundations Institute (DFI) through participation in the 46th Annual Conference on Deep Foundation, 2021 which was held October 12-15 in Las Vegas, NV. Numerous PDCA members who also participate in DFI attended the event in various capacities; those included session presenters, exhibitors and general attendees. PDCA also staffed an informational booth in the exhibit hall.
Check out the following photos of various sightings at the DFI conference which included an Elvis impersonator (Robert Thompson of Dan Brown and Associates), swagmasters (we see you APE) and foundation projectiles, courtesy of the award-winning contractor Foundation Constructors: